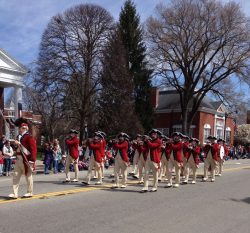 The Town of Concord is pleased to bring back in-person events to celebrate this year!

Patriots’ Day this year is Monday, April 18th. There will be events April 16th – 19th as well as a few smaller events the week prior on April 9th.

The Town of Concord, joined by local fife and drum ensembles, minute men and the Concord Independent Battery commemorate the fighting that occurred at Meriam’s Corner in Concord on April 19, 1775 that marked the start of the running battle back to Boston.

Explore the Elm Brook Hill (Bloody Angle) Battle Site with Edmund Foster
Meet at Hartwell Tavern
10:30 a.m.
Edmund Foster, a militiaman from Reading Massachusetts (portrayed by park volunteer, Ed Hurley) will lead a tour to this key battle site where he fought on April 19, 1775. He will be joined by Lincoln historian and author Don Hafner.

Caught in the Storm of War: The Civilian Experience of April 19, 1775
Meet at Hartwell Tavern
10:45 a.m. – 12:45 p.m.
If you had to leave your home in a hurry, uncertain of your return, what would you take with you? Learn about the local civilians on April 19, 1775 who struggled to save their families and belongings from the path of war. Meet living history volunteers at the Hartwell Tavern and the Captain William Smith House portraying Colonial civilians. Starting at 11:45 am, with the sounds of battle approaching, they will hastily close up the house and head off down the road. We invite you to join them and be a part of the scenario! Interact with the reenactors and learn the stories of ordinary women and men whose lives were suddenly upended by war.

Please note: The civilian evacuation scenario will begin at the Hartwell Tavern at 11:45 a.m. and end near the Parker’s Revenge Site, a distance of nearly 2 miles. There you will be directed to the viewing area to see the tactical demonstration at 1:00 p.m.

Parker’s Revenge Tactical Demonstration
Minute Man Visitor Center
12:45 p.m.
Watch hundreds of British and Colonial Reenactors who will engage in a battle demonstration showing the running fight that took place along this deadly stretch of road on the border of Lincoln and Lexington. After the demonstration you will have the opportunity to get up close and talk with these amazing volunteers and learn about British regulars and Colonial militiamen in great detail.

“I haven’t a man who is afraid to go!” Visit the brave Acton Minutemen company in an encampment outside the Concord Museum on Patriots’ Day and see them drilling with muskets to prepare for battle, cooking over a firepit, and demonstrating colonial spinning and sewing.

This program is free and open to the public thanks to the generosity of the Massachusetts Society of Cincinnati.

Patriot Vigil
Lantern light procession: 7:50 p.m. (step off at North Bridge Visitor Center)
Ceremony at North Bridge: 8:00 – 8:45 p.m.
As darkness descends upon the North Bridge battlefield we invite you to come and reflect on the events of April 19, 1775 and the meaning of liberty. The evening ceremony will feature a lantern-light procession, poetry, music, and a recitation of the names of the soldiers who gave their lives on that “ever-memorable” 19th of April.

Arrival of the Sudbury Militia
North Bridge, Concord
11:30 a.m.
The Sudbury Companies of Militia and Minute will make their annual march to North Bridge in honor of their fellow townsmen who made the same march in 1775. They will fire volleys from North Bridge in soldierly salute.

On April 19, 2022 Join National Park Rangers for an immersive 5-mile guided Battle Road trail hike. From Meriam’s Corner to Fiske Hill, follow in the footsteps of the ill-fated British Column during the 247th anniversary of the Concord expedition. This experiential program will bring the stories of the battle road to life through guided interpretation and immersive Living History elements. Learn about the trials and triumphs of those who experienced the bloody events of April 19, 1775. 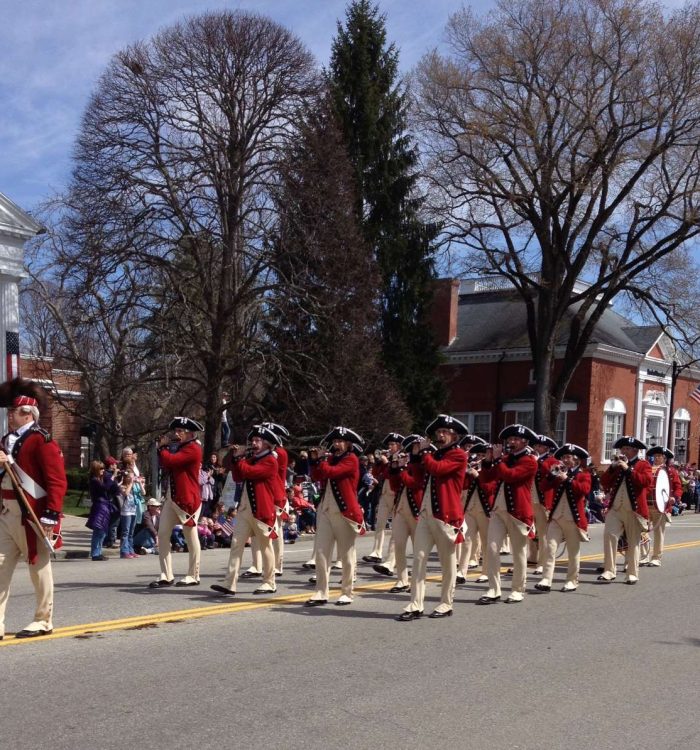 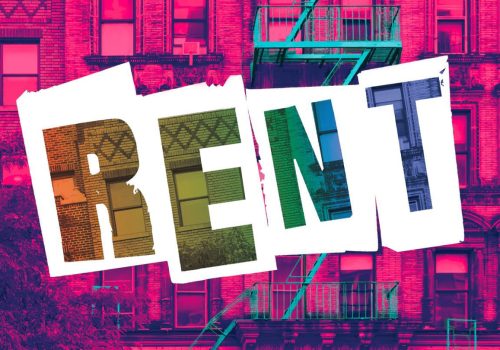 An Afternoon with Authors and Illustrators

What are you searching for?

This form will allow you to email the desired page content.

This form will allow you to text the desired page content.